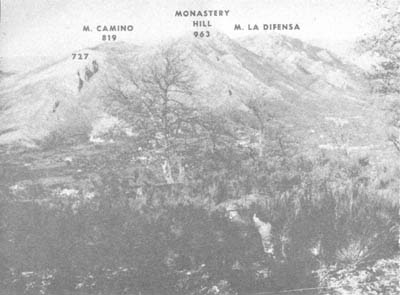 In a recent essay on Sidney Keyes collected here, Geoffrey Hill mentions in despatches a friend of Keyes and fellow soldier-poet, Drummond Allison. Hill contrasts Keith Douglas's reputation, 'now so patent and secure', with the relative neglect of both Keyes and Allison: 'Keyes has still to be fought for... so has Drummond Allison, killed in Italy in 1943, whose Fortune Press volume The Yellow Night, containing three or four poems of distinction, is his sole literary legacy.'

Ross Davies's recent biography of Allison (published by Cecil Woolf) takes up that fight. Allison died leading a daylight infantry charge on Monte Camino, aged just 22. His literary legacy, as Hill states, may be tiny, but it is also significant. I don't know which three or four poems Hill especially admires, but Davies quotes effectively and generously enough to give the impression of a considerable talent. Here, for example, is the opening of 'Come, Let Us Pity Death':

Come, let us pity not the dead but Death
For He can only come when we are leaving,
He cannot stay for tea or share our sherry.
He makes the old man vomit on the hearthrug
But never knew his heart before it failed him.
He shoves the shopgirl under the curt lorry
But could not watch her body undivided.
Swerving the cannon-shell to smash the airman
He had no time to hear my brother laughing.

'Curt lorry' is good, and 'undivided' sufficiently gruesome, but the shock of the passage comes with the reference to the airman as 'my brother': Allison's brother had been shot down early in the war. The poem taunts and outwits Death as expertly as one of Donne's metaphysical conceits.

Davies is adept at conveying the literary milieu at wartime Oxford, as friend after friend was called up and (in many cases) killed. Allison's own call-up was delayed by a term after an injury sustained while acting in Keyes's play, The Prisoners. One reviewer described the scene: 'When a young man stood on a stage in Oxford last night and talked passionately and wildly of love and idealism, with blood streaming down his face, and his hands dyed scarlet, the audience were a little taken aback, and inclined to the view that the ghastly sight he presented was carrying stage realism a little too far.' Allison was the young man in question, and the blood was real blood. The play required that Allison's character be struck with a revolver-butt. His assailant (thought to have been Keyes himself) had taken his role rather too literally, and severed a small artery in Allison's head.

Ross Davies's book is an excellent introduction to Allison. I hope that it will help create the market for a readily available edition of Allison's poetry.