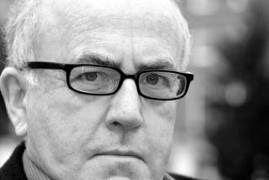 Nick Murray is a fantastic poet, a gifted novelist, an authoritative biographer, a small press publisher, and an entertaining blogger. He writes engagingly on Victorian travellers and on Liverpool. Somehow, he also finds time to assess the poetry of the First World War. The Red Sweet Wine of Youth, published by Little, Brown late last year, is a trade book which sits between biography and literary criticism. Murray has not written primarily for specialists, but the thoroughness of his research makes it a valuable resource for all audiences.

The first chapter, 'The West End Front', establishes the state of poetry in the years leading up to 1914. The danger of merely restating the old Georgian versus Modernist division is neatly avoided through the detail of Murray's analysis: he is able to point out the complex networks of allegiance which cut across those caricatures. The following chapters pursue particular poets through the trenches and on to (according to luck) their deaths or their post-war writing careers.

Sassoon and Rosenberg earn their own chapters; everyone else must share. Whether this implies a value judgement is unclear, although Murray evidently shares my high regard for Gurney and Jones. The least persuasive section of the book, I thought, was the section on Owen, who is obliged to keep company with Robert Graves (Sassoon would have been the more obvious and more logical choice), and whose history seems too familiar for Murray to bring it to life. Given the book's resistance to traditional accounts of the war as a descent from mindless innocence to bitter experience, I wonder whether Murray's enthusiasm is soured by reservations about the ways in which Owen's work has been put to use in classrooms and public debates? Aside from that, the most hostile criticism I can throw at the book is that it misspells Lascelles Abercrombie on one occasion, and that it doesn't know how to set out poetry quotations which start mid-line.

This is an important study, particularly because it will lead many readers to explore lesser-known figures like Hulme and Grenfell. It also finesses public perception of the war and the attitudes of its poets. As Murray states in his introduction, 'It is the argument of this book that the British poets of the First World War were not anti-war but "anti-heroic".' That grasps a crucial distinction which needs to be repeated with increasing urgency as we approach the centenary of the War's outbreak.
Posted by Tim Kendall at 10:14