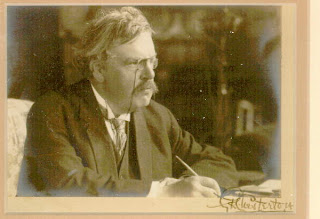 Towards the end of this post is a question to which I hope that one of my readers may have the solution.

As reported previously, I am currently editing a large anthology of First World War poetry for Oxford World's Classics. Each poem will be annotated and given a date of composition. Allusions to places, poems, battles, and so on will be noted and explained.

Charlotte Mew will be represented by three poems, the longest of which is 'The Cenotaph'. The poem first appeared in The Westminster Gazette on 7 September 1919, and it seems reasonable to assume that Mew wrote it in July or August of that year. The word 'Cenotaph' (from the Greek for 'empty tomb') was current thanks to Sir Edwin Lutyens, whose wood-and-plaster structure was unveiled at Whitehall in July 1919; he replaced it with a near-identical stone structure at the same spot in 1920. (Lutyens had been commissioned to design a 'catafalque'; the 'cenotaph' was his own term.)

Mew may also have known Lutyens’s plans for a more elaborate war memorial in Southampton, a city which she passed through regularly on family trips to the Isle of Wight.

However, neither the London nor the Southampton Cenotaph depicts what Mew describes: 'Victory, winged, with Peace, winged too, at the column’s head’. Her poem is an example of what John Hollander calls 'notional ekphrasis'—the verbal representation of an imaginary work of art.

Mew's was by no means the only poem to consider the proprieties and the inadequacies of war memorials at that time. G. K. Chesterton's 'For a War Memorial' (below) was collected in The Ballad of St Barbara and Other Verses (1922). Chesterton's editor, Aidan Mackey, proposes a date of composition between 1918 and 1920, and he has told me that he considers 1919 most likely. The mystery is: who had read whom? 'The hucksters haggle in the mart', Chesterton begins, either remembering or inspiring Mew's depiction of 'every busy whore's and huckster's face / As they drive their bargains' in 'the Market-place'.

In the absence of further evidence, I have to assume that Chesterton had read Mew. But if any reader knows of an earlier publication date for Chesterton's poem, please let me know.

For a War Memorial
(Suggested Inscription probably not selected by the Committee.)

The hucksters haggle in the mart
The cars and carts go by;
Senates and schools go droning on;
For dead things cannot die.

A storm stooped on the place of tombs
With bolts to blast and rive;
But these be names of many men
The lightning found alive.

If usurers rule and rights decay
And visions view once more
Great Carthage like a golden shell
Gape hollow on the shore,

Still to the last of crumbling time
Upon this stone be read
How many men of England died
To prove they were not dead.
Posted by Tim Kendall at 17:15