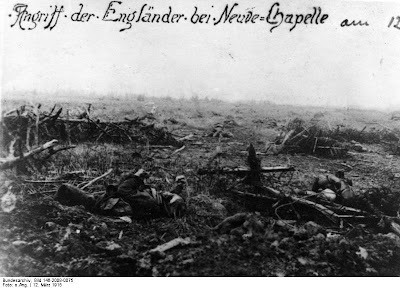 Ō ksein', angellein Lakedaimoniois hoti tēide
keimetha tois keinōn rhēmasi peithomenoi.
Simonides' famous epitaph for the dead at Thermopylae has been translated countless times. (Scroll down here for 13 versions.) William Golding, self-taught in Greek, claimed that it could only be paraphrased, and offered this prosaic attempt: 'Stranger, tell the Spartans that we behaved as they would wish us to, and are buried here.' Golding describes his pilgrimage to the battlesite in the title essay of The Hot Gates (Thermopylae means 'hot gates' in Greek), remarking at the debt that we owe to the tiny company which sacrificed itself against the Persian hordes: 'A little of Leonidas [the Spartan leader] lies in the fact that I can go where I like and write what I like. He contributed to set us free.'
The Winter of the World, edited by Hibberd and Onions, contains three adaptations of Simonides' epitaph. (The editors also point out its influence on Housman's 'Epitaph on an Army of Mercenaries'.) The best of these is H. W. Garrod's 'Epitaph: Neuve Chapelle':
Tell them at home, there's nothing here to hide:
We took our orders, asked no questions, died.
This is angrier than Simonides, but masks some of its anger in ambiguity. Tell them at home because we don't want to hide anything? Tell them at home that there's nothing here for them to hide (although they're always hiding things elsewhere)? According to the first reading, the soldiers are proclaiming their honesty and bravery; according to the second, they are casting aspersions on the candour of those at home. The alternative possibilities are, indeed, a way of hiding something: hiding and revealing it simultaneously.
Taking orders, at Neuve Chapelle, is significantly different from merely behaving 'as they would wish us to' at Thermopylae: sacrifice has become compulsory. The cause and effect in Simonides' epitaph is simple: we behaved as they would wish us to, and (therefore) we are buried here. Garrod's epitaph gives three steps: 'We took our orders, asked no questions, died.' If they had not taken their orders (but they had to), or if they had asked questions (knowing, it would seem, that there were questions to ask), their ineluctable fate might have been avoided after all. The soldiers asked no questions: that recalls the previous line, and hints that things were being hidden from them. Now that they are dead, 'there's nothing here to hide'. Deceit is no longer necessary; only living soldiers need to be lied to.
Posted by Tim Kendall at 20:13